Bout to go for a run. Izz is screaming her damn head off. Think she's jetlagged. My 1/2 day of blissful solitude hasn't started yet... Liska's gonna take Izzy to Markie's after her nap, that's when the silence will kick in.

Maybe will later have a smoke & read my INFRASTRUCTURE coffee table book... it's hard to read a coffee table book cos it weight 50 lbs and doesn't fit easily into any bag... it's the size of a phonebook

We still get the damned phonebook. How do they make money? I guess people still use it

Internet is the new telephone. People in the Ozarks should have access, mandated by federal law... maybe they do

My bank called to straighten out some bill pay nonsense. Can I take a moment to plug my bank? It's the only large institution I love (as opposed to the f**** phone company, comcast, ticketmaster, pg&e, everything else). Only condition is direct deposit-- if you contract or whatevs may not work. But if you got a steady gig, you need to switch immediately. Excellent interest, they automatically refund all ATM fees so you can use any ATM anywhere, and best of all they care about having you as a customer. You call them and talk to the same person each time. Fuck BoA!! I hate them so much I wrote them a letter the day I switched, telling them how much I hate them and how happy I was to have them out of my life for good. If you stayin with a big bank you getting played.

Banks are the biggest source of evil in this world. No joke, I really believe that. Trace back drug money, insurgencies, arms trade, human trafficking, sooner or later you end up involved with big banks. That saying is true-- steal a thousand dollars go to jail, steal a billion dollars get feted by congress. Well that's not the exact saying, you know what I mean.

fig a: look at this pastrami/corned beed sandwich I got in Long Beach! i ate half and gave half to charity. i should clarify this was before pesach (in case God is reading this)

So yeah I think I might call it a day on the live bloggin cos it gets kind of tedious recounting the hither thither. Also I'm a lazy git. who knows though there might be a pt. 4. get out your tenterhooks and wait on them

the fuck is a tenterhook

also always think of DFW talkin intellectual nonsense to a carny at the state fair, and the carny's muttered reply: "fukutalkinbout"

fig b: cracked ass iphone, w/ a face only mama could love 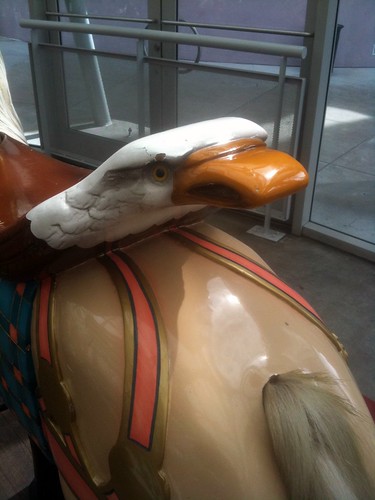 fig c: eagle coming out of a horse's butt. [not to scale]