This picture has very little to do with Ghostface, now that I think about it 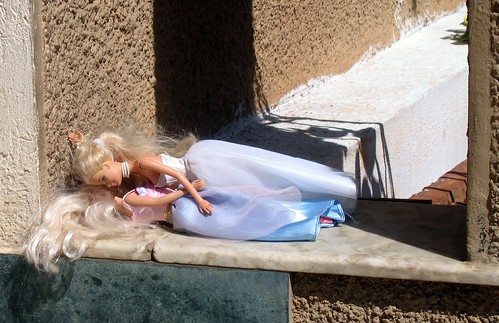 
It's unlikely that you've spent much time wondering why I call myself "silverback gorilla," but I will tell you anyway, because I am immensely interested in me. It comes from a Ghostface tune that I really dig. The song-- "Guerilla Hood"-- is the first track on 718, Ghostface's posse album.

Eric B. when I cut, twenty three's on the truck
Like a dust joint, I'll have your whole hood stuck
This is Ghost murder, we movin' like NARCs, go-carts
Throwin' Sports Illustrated darts, and watch
Get the blade, rip money, fuck your fade apart
Depart when you see Starks, duck low
Fuck up a rapper on the regular
Blow his fuckin' hands off his cellular
This is Don Mattingly, Don Baylor, Don King or Don anything
A monster, silverback gorilla, par
Though I sleep outside the bing

Every successful rapper worth his salt has to put out a posse album -- Jay Z's Dynasty: Roc La Familia, Eminem's D12, etc. You have to reach back and give a hand to your homies. Unfortunately your homies usually suck, and posse albums tend to lack the pizazz that made their originators so successful in the first place.

Theodore Unit's 718 isn't a total exception to this theory, but for a posse album it's unusually good. Some of the Ghostface-intensive tracks rank with anything he's done.

Some specific traits of Ghostface that I find endearing:

1) he'll occasionally burst into passionate song, despite the fact that he ABSOLUTELY can't sing worth a damn.

2) rather than just sample a bit of some old song, he'll rap over the ENTIRE song, including the singing bits! we've discussed this on criticalbeatdowns... it drives some people (cosmo) crazy but I think it's more of an homage then if he just ripped off a tiny piece

4) if challenged by a younger or even by an outsider male, he will scream, beat his chest, shake broken-off branches at the intruder, bare his teeth then charge forward.

Here, I put up Guerilla Hood so you can listen to it. Not even yousendit, it's a hosted mp3 download! Do you see how I love you?