Radio silence at my house, cos Sonos is on the fritz yet again. At this point I've had so many problems with Sonos, I wouldn't recommend them to anyone.

Is the "Bridge" broken? When do I have time to sit there and isolate components? Why can't it just work? I'm ready to go back to a record player

Somehow all this technological progress that's almost but not quite good enough is more maddening then when there was no promise of music in the cloud at all...

I guess if I buy all my music one last time, it's finally available always everywhere (itunes in the cloud, amazon music, etc). But then there's still the problem of fragmentation. Spotify doesn't have most Fabric mixes. Soundcloud is mostly singles and DJ mixes. iTunes doesn't have mixtapes or anything illegal. I listen to a lot of 'illegal' music in the sense that they didn't clear all their samples or whatever

Wireless interference? Is it my router settings? I wish Sonos would at least give you some useful diagnostics. A single blinking light on the device isn't enough!!

I tried plugging my iPhone into my old iPhone speakers but of course, the iPhone 5 has a new audio port that's incompatible with any old speakers.

Marc Maron was ranting about how he hates when people go "first world problems." Like no shit!! You don't see people on Twitter tweeting "not enough food to eat" "covered in flies"

What did the green grape say to the purple grape?
"Breathe, dammit!" 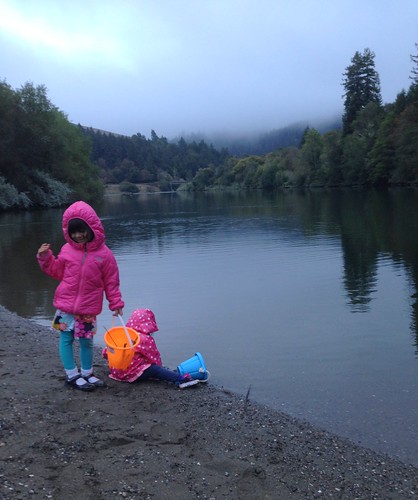 this is my Starred playlist on spotify. you should sub cos it's pretty good. I know Spotify is owned by majors and perpetuates their shit but I'm exhausted and don't care anymore, just get me all the music in one place. Resigned to that fate since I'm not seeing anything better

If they would just be transparent about what they're paying and make it easy for bands to figure that stuff out, I could live with it. They're so shady though

Yags is working for a Ticketmaster subsidiary now. BOO HISS but anyway they get tickets with no surcharge. That's a pretty good perk right? I want some perks in this life

If I got rich enough that I didn't have to work ever again, I would do a few things

1. Learn to fold a shirt properly
2. Learn a really good paper airplane design
3. Hire a private chess tutor and get good at chess (like Howard Stern)

Can hear the crowd BOO HISSING. "You can do that stuff now you lazy git!" Yeah but with two kids and work being what it is, I barely have the energy/patience to watch movies let alone do stuff. It's no excuse is it. Once the kids are a little older I hope to light some creative fires again. Collab with em or whatever. Just need to do something, I miss projects

Somebody put a fake (cardboard? wood?) wolf on the rotting piers down by 3rd St. It's pretty cool looking. That's a good starter project. I should add another animal. How'd they get it out there? Did they row out there in a boat?

I paddled a canoe for the first time this summer. Canoes are a lot bigger than ocean kayaks, and harder to keep straight

We camped a bunch and spent enough time at the river that it felt like an unwasted summer. Props to the missus for motivating us. Who am I talking to? Is this just voices in my head. Ooh Belle and Sebastian "Don't Leave the Light On Baby" just came on. Added all these golden oldies to Spotify starred last night. Is it wrong to be immensely pleased with oneself. And yet at other moments I'm filled with despair.

DESPAIR! melodramatic innit. just need to keep on with the jokes. will i ever be free of addictions. like typing into a computer. so addicted to the internet. it makes me feel connected. such an captivating feeling knowing that if any idea catches your fancy you can wikipedia it. plus intermittent rewards from facebook, goodreads, etc. like most interesting things it's complicated, it's not all bad but it doesn't make you a luddite to recognize that technology can bring out some bad tendencies. yeah i can look up anything but it just means i'm distracted all the time. no attention span anymore. plus the feeling of connection is a kick in the short term but in the longer term i'd be better off building cabinets or something

basically if i were rich i'd pick up life skills. learn to fix my bike. plus the requisite travel etc but you can't travel aimlessly forever, it gets old being a tourist. good to travel with purpose. given up on learning a language.

you have to get REALLY rich to collect art. most people can only aim for medium rich

the girls are sitting coloring . are they soaking up the tunes? who knows what gets in your head at that age. on my way... to the club... fell down a hole 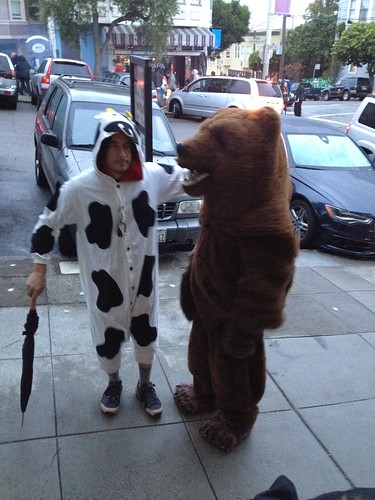 haha this pic always cracks me up

halloween coming, what am i gonna be? they had another bear costume at the bear costume store... black bear... it wasn't as good as the brown one though. liska always wants to do a group costume. i'm not opposed but it has to be a good idea, can't throw something together at the last minute. like when those people all came as in and out workers... that was alright.

i get stymied whenever i try to build a costume. hard to do the scaffolding right. i think you have to learn scaffolding 101 before you can do it up right

that bear suit was hot as f**k and not suitable for the dancefloor. it was fun to walk around in it though. last year i wore it to izzy's class and 90% of the kids loved it and i made 3 kids cry. so, perfect

i watched every one of howard stern's letterman appearances last night. i think he's the best talk show guest there is

he's a great interviewer too. he always asks the same stuff. how much are you worth, who have you had sex with, in what position, etc etc... so crass but he has a fundamental honesty/curiosity/willingness to name names/ability to make people comfortable enough to say things they shouldn't...

his books are both really good.

if you live in pot hill let's play chess gdammit. i have the timer and everything
ok let's do it
but it's not that fun to play against yourself
sometimes i think about taking my iphone and the board to farleys and playing it out against shredder on the board
or else if i just sit there with a chess set will someone sit down w/ me and play
i need to get my kids into it but i'm scared of pushing it too hard cos that might have the opposite effect
i took izzy to a chess in. it was a protest against the police throwing out the chess players from market cos they attract unsavory elements. ironically, while we were there my wallet got stolen!! pickpocketed i think, while i was winning a game. that sucked the most. nothing throws off your game like suddenly realizing your wallet is gone

"The crows seemed to be calling his name, thought Caw"

i was shocked to learn Jack Handey is a real person. I thought he was like Sara Lee or Nicolas Bourbaki or somefin
Collapse