This is my favorite Richard Scarry illustration ever.  It's from the story "Building a Road", which appears in Scarry's marvelous guide to infrastructure/modern life, What Do People Do All Day?

"Building a Road" is filled with satisfying nitty-gritty details of how a road actually gets built-- it covers everything from surveying to asphalt mixing to grading/leveling to guardrails and traffic lights.  But it also has Richard Scarry's trademark sense of humor, which is nowhere more evident than in this picture. 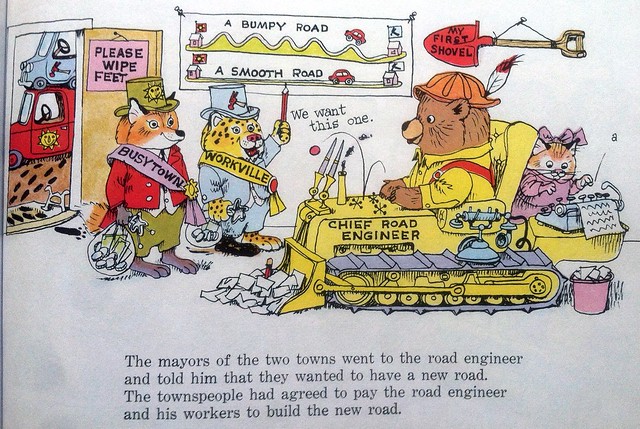 So many great things going on here... where to begin? 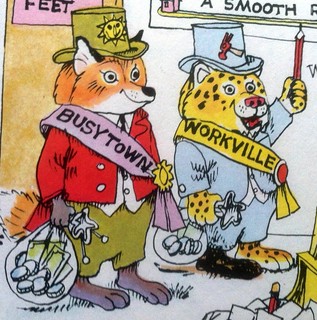 Fig A: Note the mayoral sashes. I wish mayors were required by law to wear sashes. Also, note the transparent bags filled with money... so much classier than opaque bags marked "$$$". 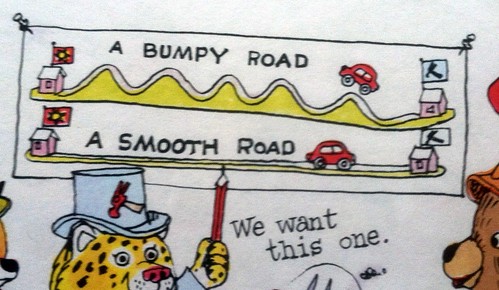 Fig B: To avoid any confusion, the mayors brought this helpful chart. 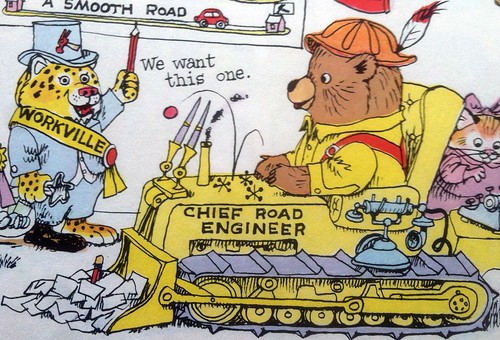 Fig C: BULLDOZER DESK! In case you were unclear what the chief engineer's job was. Srsly, I know all these things are to help pre-literate kids figure stuff out, but Scarry must have been laughing his ass off as he drew this.  And you know if road engineers actually COULD have bulldozer desks, they'd jump at the chance. 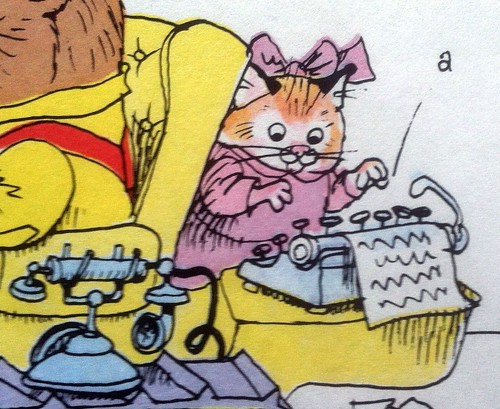 Fig D: Unfortunately, Scarry was a product of his time, and so his books sometimes contain outdated stereotypes.  For instance today, his lady secretary would almost certainly be using a personal computer.
Collapse