Korean food on the 4th of July was a slam dunk. Master chef: Katie 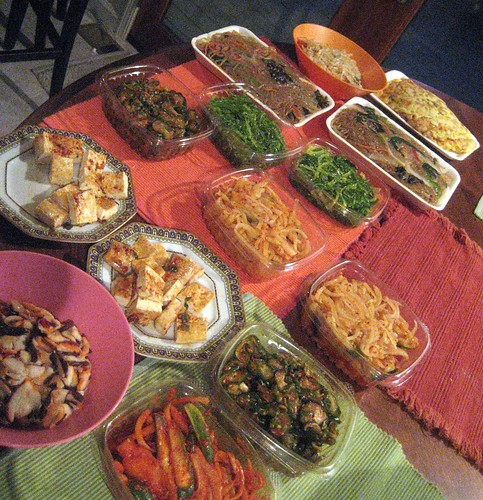 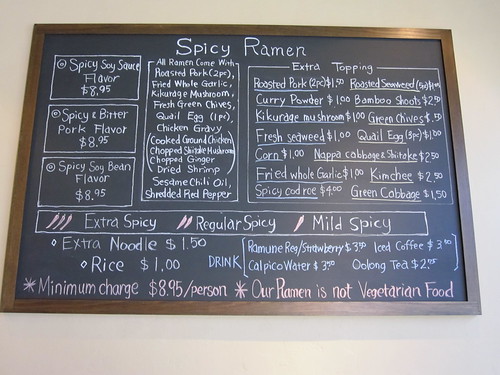 Bourbon & cornflakes ice cream. The bourbon is quite strong but not overpowering. The ice cream is a bit more melty than normal, perhaps because of all the booze. The cornflakes have a delicious chewy texture; quite different from cereal box cornflakes. Overall it's much better than you'd expect.

Fancy ice cream seems to be a big thing now-- we have BiRite, Slocum and Mr/Mrs Miscellaneous and they all have your foo-foo weirdo flavors (proscuitto, salt and pepper, etc). At Slocum, I always try the other flavors, but none of them are ever as good as Secret Breakfast.

Sarah made this for Thanksgiving. She stored it in a glass-domed cake stand like you see in diners! Respec' 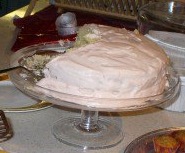 My cousins took us out to eat. Who knew, GA's Indian food scene is bangin! They have way better Indian food over there than we do here in SF Bay. I find that counterintuitive, but maybe I shouldn't. 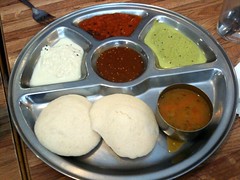 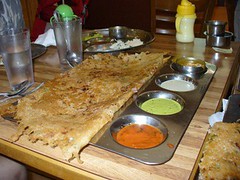 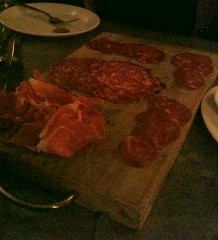 Mattch brought this as a gift when he came to visit from Scotland. I asked him what the deal was with drinking it straight up vs with ice, does the 'water activate the flavors' etc etc. He said best to drink it with a splash of water. (warm water? I should've taken notes) I had grand visions of storing this bottle away and breaking it out on special occasions. But when you have a nice bottle of single malt whiskey around, turns out EVERY day is a special occasion.

Whiskey is def. one of those things it took a while to warm up to. It smells like a wet bog and tastes like fire. But I like that it's a sipping drink and have actually gotten kind of into the flavors. Not that I'm highbrow enough to actually understand the difference between bourbon, scotch and whiskey. 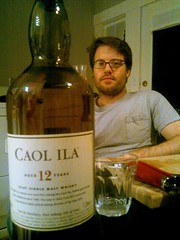 Sven/Nicole, Russian River. To be honest, there was no kimchee involved. The recipe called for kimchee to be mixed into the actual burger meat, but that seemed kinda gross, so we just used regular cabbage (seasoned with nicole's proprietary blend of spices) instead. We kept calling them kimchee burgers though because "spicy cabbage burgers" sounds like something your grandma would make. 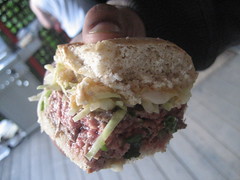 Their regular (non-sour) organic gummy bears leave a bad aftertaste. The sour ones though are perfect though!

Ritter Sport (Sports?) are these fancy chocolate bars from Germany, recognizable by their distinctive square shape. There are a bunch of standard flavors-- Plain, Peppermint, Nougat, Cornflake, etc.-- but Ritter also puts out limited edition "seasonal" flavors. Stracciatella was one of this year's summer flavors, and it was by far the best of the bunch. Such exquisite mouthfeel! Such perfectly balanced flavor! it was like the best scoop of gelato you'd ever had. Dear Ritter, plz bring it back. p.s. yes mouthfeel. i went there 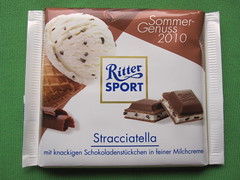 She was a machine! The special ingredient was ginger

He poached the eggs so well, random people were commenting about it on Flickr 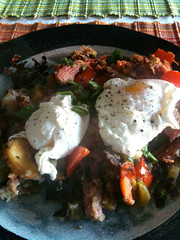 Where do I begin. Well a few faves:

Weird ting is that even though my beer obsession started with Dogfish, I ended up not being super into any of their beers. The 90 Minute IPA is great, but the rest of them are very hit or miss. Like Midas Touch-- initially thought I loved it, now not sure. Ditto the inky black Palo Santo. Bitches Brew was a disappointment. Their chicory stout was ick. Me & AJ didn't end up liking Raison d'Etre, even though when Shawn served it at his wedding I did like it. What gives?

Lizzie wrote an interesting article for New Scientist on the science of acquired taste -- worth checking out if you've ever wondered how exactly we end up enjoying the smell of rotting peat moss, or worse 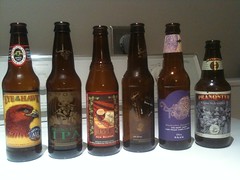 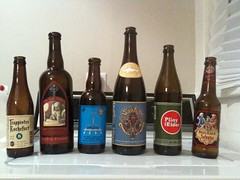 (Izzy's nomination for Most Exciting Vegetable) 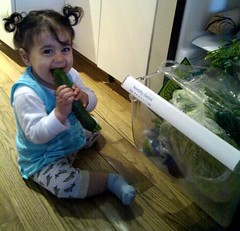