Watched Happy Go Lucky this weekend. Loved it. I can already tell it's gonna make this year's top 5.

Watched How to Lose Friends and Alienate People people too. What a waste of an hour. (I didn't bother watching past that.) Toby Young's original memoir wasn't deep literature, but at least had some funny moments. As for the movie, god. It slid off my brain in real-time. I honestly can't recall a single scene.

I hate 90% of movies. And their audiences. Someone's going to all those "Scary Movie" "Date Movie" "Disaster Movie" type movies. But forget those, they're bottom of the barrel even by Hollywood standards. What bugs me more is straight-up mediocrity. 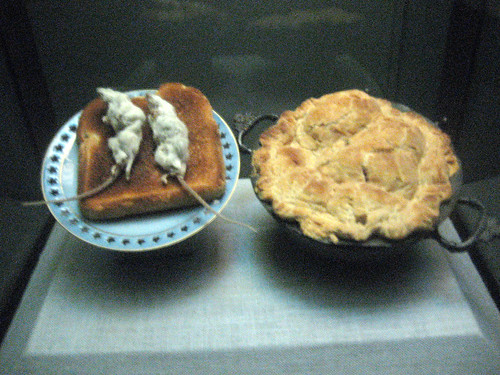 been a long time since i rapped at ya'

downloaded a torrent of top 25 albums by metacritic review... some good stuff in there:

nick cave, dig, lazarus, dig - he's a cool dude with an interesting life, if wikipedia be true.
Exit by Shugo Tokumaru
randy newman - he's funny, cracks a lot of jokes. is he white or black? i suspect he's a white guy who sounds black

nice to listen to rock music (or "guitar music" as i call it) ... just as a change of pace

i made a little workshop for myself in the garage. just a desk, chair, light, big computer speakers... all the leftover detritus from various lives lived. i like it down there. i always wanted a studio or workshop or detached space of some sort. the still forming rules:
-no computer
-no books except books that relate to handy-manning, car repair, learning about electricity, etc.

so far i've used it for sewing stuff on my pants, drilling fasteners into a mirror so it can be mounted on a wall, smoking, listening to the aforementioned bands. i also put air in my car tires. one of the 09 resolutions will be to become more handy. it's not a natural inclination and i can't say i enjoy working with tools; but sometimes you develop an appreciation of something through concentrated effort. it helps to buy better tools.

we still don't have a name for our daughter...aka "the bump"

i miss the days when i used to write copious wknd reports. just harder to do these days for a variety of reasons. a lot gets elided cos i don't know who's watching, but also a lot gets left out cos i'm too busy to care about writing it down; or too lazy; or else just less convinced that the record has to be written. less self-important, maybe.

what am i but a mass of hair and teeth in the air... there was some banjo guy who described himself as such, i can never figure out who

saw arial pink play at bottom of the hill... it was fun to be at a show again even though the music wasn't the best. he played his one song that i know, 'the people i know,' i bounced to that. people were moshing, which was ridiculous. conor sez they got into a fight after we left

ah what's the point of doing this if it's half-assed. sorry