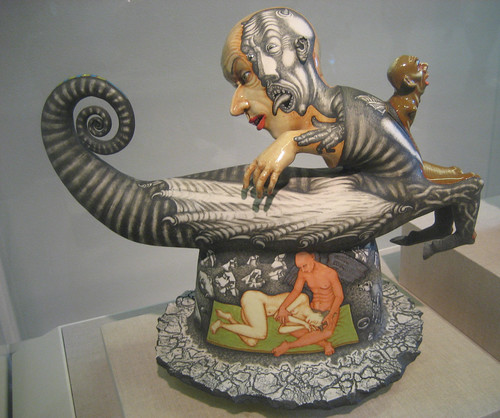 We've been tryin to figure out if we can take a trip somewhere over the holidays. Want to start saving money but I'm getting pretty burned out at work... would be nice to dislocate. Thinking maybe back to Patagona, or China to visit Liska's brother Michael. I want to see the airport shaped like a dragon and the crazy TV building. Our neighbor just got back and took some pretty cool pictures.

Part of me would like to just stick around though. Sometimes I wish I could take a break from work, like a month or so, and just focus on other coding projects. I know we get 20% time but my brain doesn't work like that. I need 100% time.

I get so many comments and suggestions on the SF bike route planner... there's so much I'd like to do. Obtain completely new datasets and start from scratch, rework the elevation data to be more accurate, host the whole thing on Google Apps rather than my crap webhosting package that I got for $5, migrate to Python 2.5, use bigtable to store the path data & have an easier SQL-like way to inspect and fix... not to mention I could write a kick ass UI now that I know GWT.

Biggest thing would be to have a way to incorporate user feedback, but no clear idea on that. But just give me another month free, I could do something tings for sure.

Went to Recombinant Labs to catch Daniel Bell on Friday. It was awesome. He played from 11-7! We left at 4:30 and it was going off. I love techno. It gets me as excited now as it did when I was young. More so than say, Alice in Chains.

It's always cool to discover a "classic" tune that you never heard but everybody else knows. Nick id'd this one song that had the crowd going nuts. opennnn up your miind. I spent forever trying to unsuccessfully google it. Trust me, there are MANY crap songs with this same title. A lot of times with dance music the best songs are completely inane if you go by just the title. I put up the mp3, enjoy. (You have to imagine it mixed, unless you're a weirdo like me who can actually listen to techno songs from intro to outro. Oh and also have some bass going, if you can't feel your clothes vibrate it ain't happening!)

Surprisingly good movie. I like when most everybody seems like a real person, or at least the idea of a real person. I guess Spicoli (stoner Shawn Penn) is kind of a caricature. But on the whole , pretty good. And Phoebe Cates......... damn.
Collapse