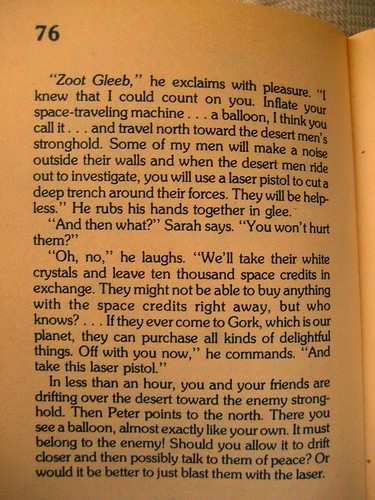 Open to: All, detailed results viewable to: All. Participants: 7

LASIK, the best known procedure, works by first cutting a protective flap in the top layer of the cornea, moving it aside & reshaping the tissue underneath with a laser. The flap is then replaced and the cornea quickly heals.

My cornea is "irregularly shaped," so instead of LASIK, the doctor recommended a less risky procedure known as PRK. With PRK they don't cut a flap. The laser reshapes the cornea directly, burning off the topmost layer.

Although this lessens the risk of corneal infection or irregularities, it means that the epithelium (the clear surface of the cornea) has to grow back over time. You basically have an open wound on each eye. This makes the recovery time for PRK much longer than LASIK (where patients famously bounce back into work the next day.) For the first week after PRK, there's a great deal of pain and light sensitivity, and it takes several months before vision is fully recovered. They gave me a prescription for Percoset, which is potent stuff. (It's stronger than Vicodin; Oxycontin is the extended-release version.)

If I'd known from the beginning that I'd be doing PRK rather than LASIK, I don't know that I'd have been quite so gung-ho about the procedure. Some of their post-op suggestions include:

-Wear protective night time sleep goggles for the first ten days
-Don't swim for two weeks
-Don't rub your eyes for two months (!)
-wear sunglasses whenever in outside sunlight, for a year (!)
-Take 1000mg vitamin C every day
-Pray to the deity of your choice

That's a lot of shit to undergo just to avoid ever wearing glasses or contacts again.