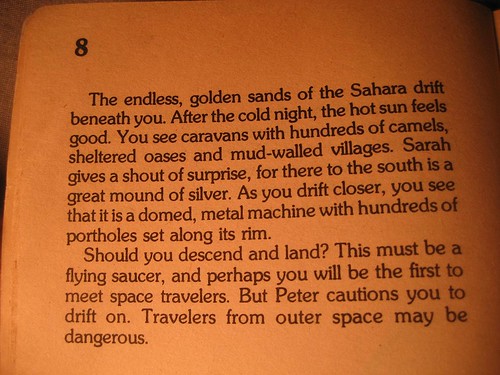 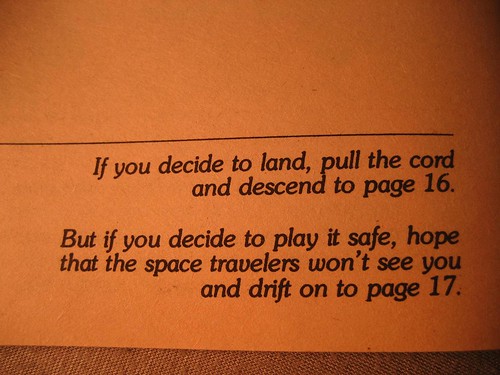 Open to: All, detailed results viewable to: All. Participants: 8

Fimoculous: Best Blogs of 2007 (That You Maybe Aren't Reading)

Pitchfork: Best Tracks of 2007 - predictably laden with indie rock nonsense, but props for providing video/streaming links for almost every song!

TURNED ME ON TO: 50 Cent - I Get Money, which was apparently the only good song on "Curtis." It has this wicked buzzing "Hoover bass" sound, like something you'd hear at a rave. The video is pretty funny too. I like how the billboard lights up when he says, I'm stanky rich. Fiddy makes tackiness seem almost cool.

1. Hang up something, every day - B
This wasn't meant literally; it was just a directive to decorate. Made a wall-sized magnetic vector field out of index cards, good enough.

2. Go to Kontrol more - D+
Didn't miss a single party in January, February, or March, but then in April I got really sick, and then in May I threw out my back, and never managed to get my head back in the game. Pathetic excuses. My techno card has been revoked.

3. Write about art games - C
I did put up a Metafilter post and make my extensive games/art notes public, plus there was that month-long stretch starting in January where all I wrote about in LJ was cool game/art projects. But those were all just ways to pretend I'd actually done something, when in reality I was too lazy to bother editing those random thoughts into a coherent essay. C because I did try, it's just that I just tried and failed.

4. Write about Super Colombine Massacre RPG - D-
See above. One half-assed LJ post does not count as writing.

5. Buy a house - A
I was skeptical about this one but it actually happened!

8. Get cholesterol down - C
Went on Lipitor and my cholesterol did go down to totally acceptable levels, but then when I changed jobs I stopped taking it and I haven't started again, or gone in for another cholesterol check. Note to self: make a resolution to do this in 2008, or better yet make a doctor's appointment NOW, instead of wasting time on the internet. Note to self: go to hell! You're not the boss of me.

10. Visit Mattch/Cosmo in Scotland/Berlin - F
Scotland still in the cards for next year. Missed the boat with Cosmo and Berlin though. My techno card is not only revoked, but also burnt and then ashes scattered across the sea.

11. Tzedakah - 10% to charity - D
We gave some (props to Jenny for motivation) but we should have given more.

12. Find a new job, closer to home, in pharma/biomedical/health care - A+
The pharma/bio/health part was just me floundering for ideas. But after 5 years (!) at EA, I started a new gig at YouTube/Google. Commute went down to 13 minutes, and so far I'm liking the job.

13. Use the postal service - F
I think this was an intention to do some kind of mail art project? It's nice to get mail & it's kind of a dying medium. Should've hopped onto zine zeitgeist or something, but just didn't have the time/inclination. Next year at least I'll be returning the 'future you' surveys from BM 2005. Wonder if a single one will reach destination.

14. Submit something, seek an audience - F
Try harder or give up.

15. Release SF bike route planner - B+
Never had a chance to polish it up and fix the known bugs, and never sent out an official announcement to SFBC or anyone else. But it works, and people are finding it somehow. (Yelp del.icio.us) This was not an easy thing to implement, and I'm proud of the result.

16. Learn a new language (C#/.Net?) - B
Didn't learn either of those but I've picked up a lot of new technologies at YT/Google, which was the spirit of the resolution. Haha also there was my Facebook app, which somehow failed to set the world on fire.

17. Be a good husband - B-
I'm sure at times it's incredibly annoying to be married to me.

18. Find use for Amazing Goop - F
I can buy a house and find a new job, but apparently I can't find a use for industrial-strength adhesive.