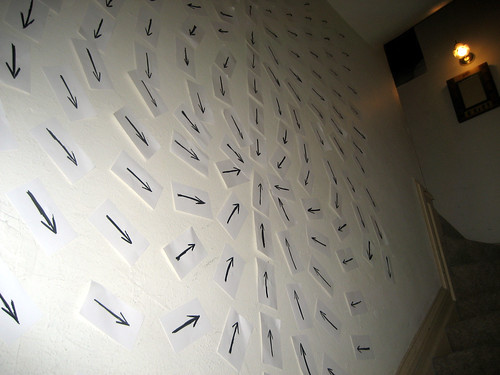 I love this song. Who doesn't?

Apologies to anyone everyone for my nonexistence last 1.5 months. Deep underwater at work. It's a mixed good&bad feeling, like those long forgotten nights spent alone in some college computer lab, laboring to make something work, deep in code. Lonely but not.

This guy came to perform at our TGIF on Friday. I'd never heard of him or seen this video before, but everybody else was enthused. I have to say, I was impressed-- not just with his voice, which really is like that when he talks, but more with his intelligence and wit. Charismatic guy. He's a 4th year grad student in American Studies, focusing on 'performance and the self' or something like that. He had nice things to say about YouTube giving performers a new medium of distribution that lets them have more leverage when dealing with 'legacy media' (his term for major labels etc.) Of course someone brought up the fact that major labels PAY... but he retorted that they don't pay much & in fact often performers end up broke that way. (Too true, see Steve Albini's rant 'your friends may already be this fucked') Anyway he's going to get his degree and see what happens. He's skinny and pretty cute. Was wearing a 'Tay Zonday' tshirt & said he picked the name by googling interesting names until he found one that had 0 results. 'That way I know any hits are going to be me.'
Collapse