Touchdown. NYC -> SFO is much easier on JetBlue-- got my junk TV on, 5 hours of MTV Cribs and that guy from Poison dating show and multiple ESPN channels featuring commentary/pontification on the corrupt referee scandal that apparently is more important than World War III, should WWWIII ever happen. And reality shows-- so many reality shows! It seems they will eventually have one for every profession in America. Watched one called "Miami Ink," chronicling the adventures of 4 tattooists in Miami Beach. Hard to manufacture much drama but they did their best, with tattooees including a Cuban mama's boy, 2 lipstick lesbians and a professional mermaid.

VH1 pop up videos, can't go wrong with that.

After 4.5 hours of this my eyes and brain were bleeding. Turned to the horrors of Safe Area Gorazde. Page after page of bodies face down in ditches, children getting sniped. It was too much to take. As the captain announced our final descent, I closed the book and focused on cloud tops instead. 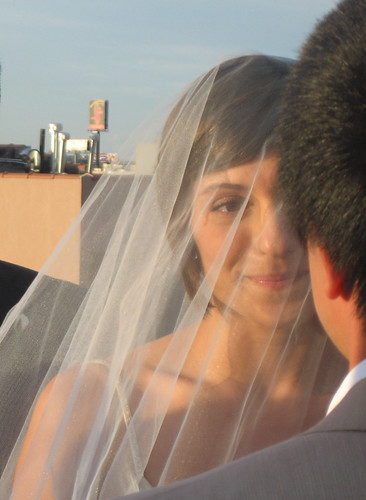 Rich & Lina got married on their Brooklyn rooftop. Much love, mazel tov!
Collapse