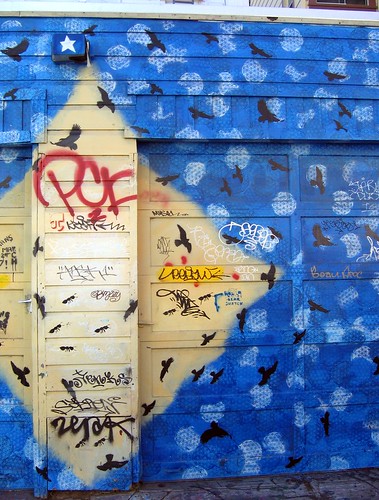 This year for Halloween, I'm borrowing my brother's Catholic priest outfit. It's a cardinal outfit, to be precise. I've been trying to figure out what to do with it. One idea I had was to tape the letters "E", "W", "N" and "S" to my sides and be the cardinal directions. (cricket noises)

Ok... another possibility is to get some vanilla wafers and then write "BODY OF CHRIST - NOT FOR RESALE" on the box, and then give out wafers throughout the night. Maybe I could also write "BLOOD OF CHRIST" on the side of my drink at parties? I wonder if anybody would be offended. (It's weird-- I often have these imaginary conversations with hypothetical strangers I've offended. I go through the whole scenario and imagine myself delivering witty rejoinders to their complaints. I can never really think of anything witty though; it's usually just something like "Well I find YOUR costume offensive... because it makes you look fat!")

Tomorrow night we're going on the Sunset Crew's Halloween cruise. We went to one three years ago and it was really fun-- I went as an Iron Chef, and I had a cooking spoon that I used to smack people. It's fun to dance on a boat, especially when the dancefloor is full of tigers, zombies, mad scientists, etc.

Tonight I'm going with Shawn to a party at the Werepad. (Halloween is one of the biggest party weekends of the year in San Francisco.) He called me earlier and told me he's going as a missionary for the Cult of the Flying Spaghetti Monster. He printed out a bunch of their flyers to hand out. Since I'm going as a priest, I made anti-Spaghetti Monster flyers to counteract his blasphemous lies. 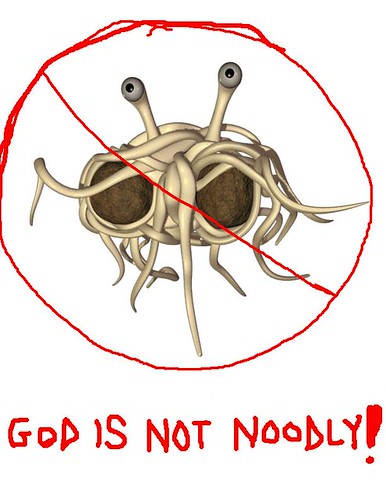